Take a trip on the World’s Larget K’Nex Roller Coaster! Make yours today with our infamous K’Nex toys at Hobbytown Texas.

Head Down The Mountain With GoPro from HobbyTown Dallas

Dallas Toy Store Hobby Town Texas is excited to show the IFT Evolve 300 CX! Take this amazing RC Helicopter for a spin and see why everyone wants this in their arsenal this Labor Day! 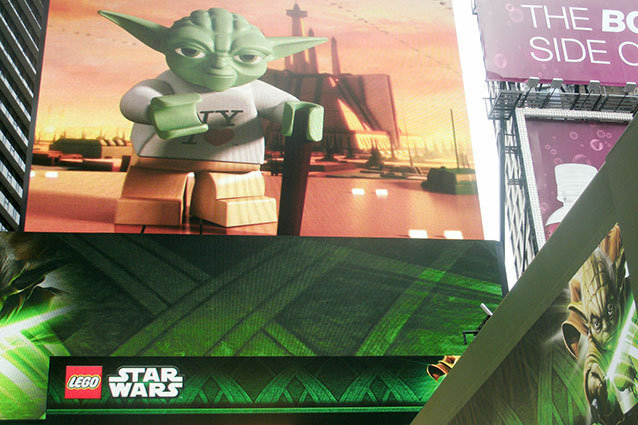 Yoda was known to say, “Size matters not.” But in accordance to the amazing scale of the life-size “Star Wars X-Wing” replica just released by Lego on May 23 in Time Square is no less impressive. Composed from 5,335,200 of the Dallas Toy Store famous Lego blocks, this is the now known as the largest model ever constructed.

“When you see the X-Wings in the movies, they look pretty big,” stated building Lego professional Erik Varszegi of the X-Wing model, which is measured at 43 feet long, 44 feet wide, and 11 feet high. “But to see this X-Wing here in real life, be able to walk up next to it and sit in the cockpit? That’s pretty incredible.”

The Lego masterpiece will stay in the center of Times Square, located in New York, from now until through Sunday May 26 as a promotion for the upcoming Cartoon Network LEGO Star Wars: The Yoda Chronicles, three thirty minute long specials that are animated like the Lego Star Wars video games. You can look for the first installment, “The Phantom Clone,” to hit the air Wednesday May 29 at 8:00 p.m. ET. The infamous Lego model will then be taken apart into smaller sections that can be conveniently loaded onto moving trucks and driven cross country to the Lego masterpieces final destination in San Diego’s Legoland California. You don’t have to worry though, the gigantic toy store model has been approved to withstand multiple earthquakes and is built upon a sturdy steel foundation. Moving this amazing eyesight will be a breeze. Varszegi said that legendary film company Lucasfilm allowed him temporary access to their movie archives in order to get the design specifications down for the original X-Wing models used in Star Wars: Episode IV — A New Hope. “From those designs we created a detailed 3-D model of the X-Wing in a computer and then skinned it over with Legos,” the Lego builder said. “So wherever that 3-D model intersected with a matrix of 1-by-1 Lego bricks. That gave us a rough shape, and then the designers went in and fleshed out any abnormalities. Once we had the finished file, we sent it to our team of 32 builders.” It only took them around 17,336 hours from the first piece to the last!

If you are wanting to set your own Guiness record, Hobby Town Texas has all of the Legos you could need to complete your scale model. We even have step by step construction of Legos available for Star Wars memorabilia. Come stop by the Dallas toy store and see why Legos are the top of the chart for children these days.